In the courtrooms and offices of the International Criminal Tribunal for the former Yugoslavia, the interpreters worked in cabins that stood almost literally on the sidelines, in the wings of the theater of justice. This performance, however, sees their essential work placed center stage. Some of them lived through the war in the Balkans themselves, but in their roles as interpreters they had to stay neutral—whether they were in the courtroom itself or conducting fieldwork at the sites of former concentration camps and mass graves. Simultaneously present and absent, intimately engaged and remote, they translated testimony about shocking and traumatic events, without ever allowing their own feelings to be seen.

In a dark space with a translation cabin in the center, the interpreters Alma, Besmir, and Nenad talk about their work for the Tribunal. Video documentation is used to augment their stories, but this performance revolves around the voice, as do the experiences of these essential cogs in the judicial machine.

Commissioned by IDFA on Stage
Premiered at IDFA 2020
Supported by IDFA, Stroom The Hague, Municipality of The Hague 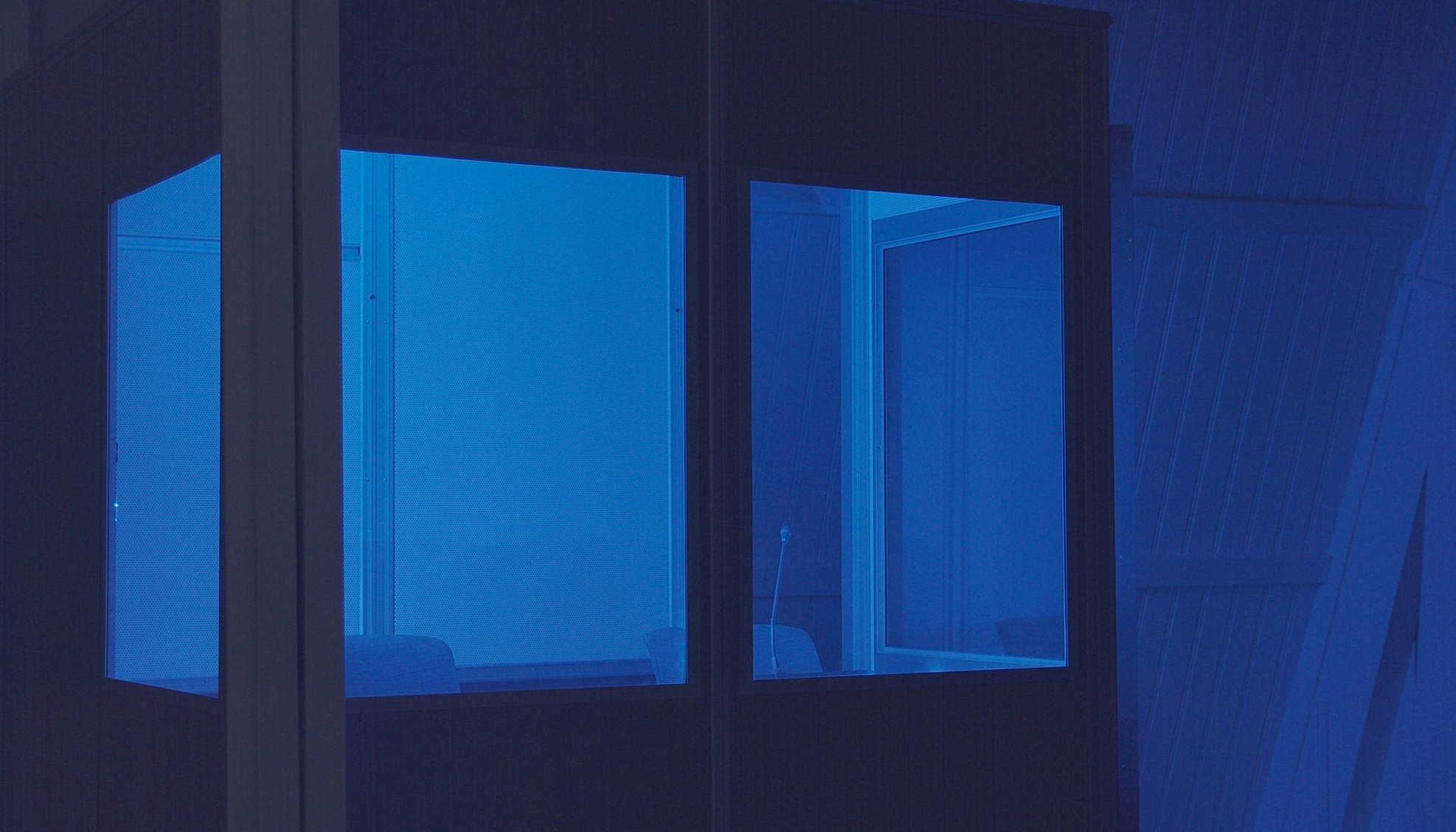 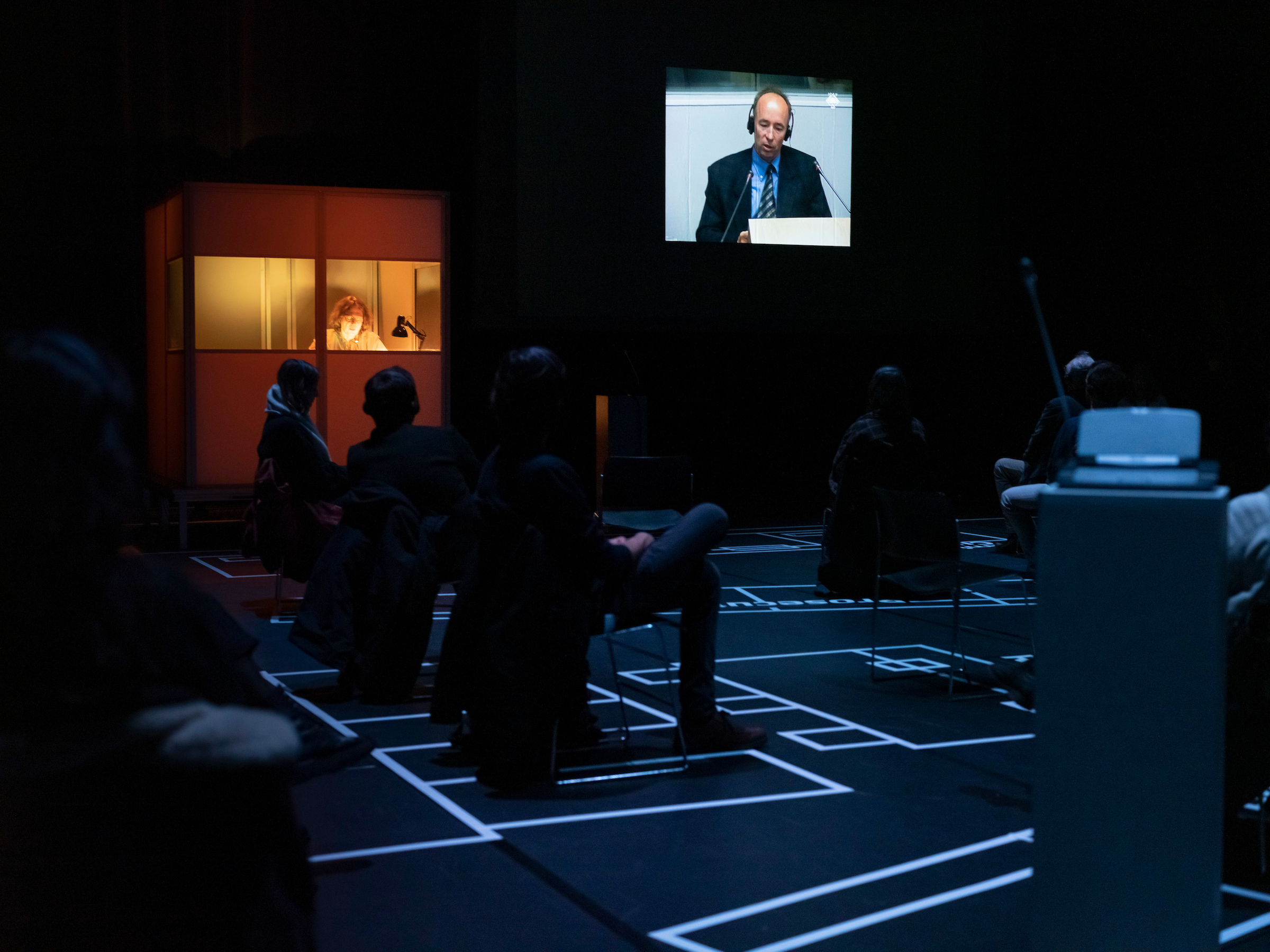 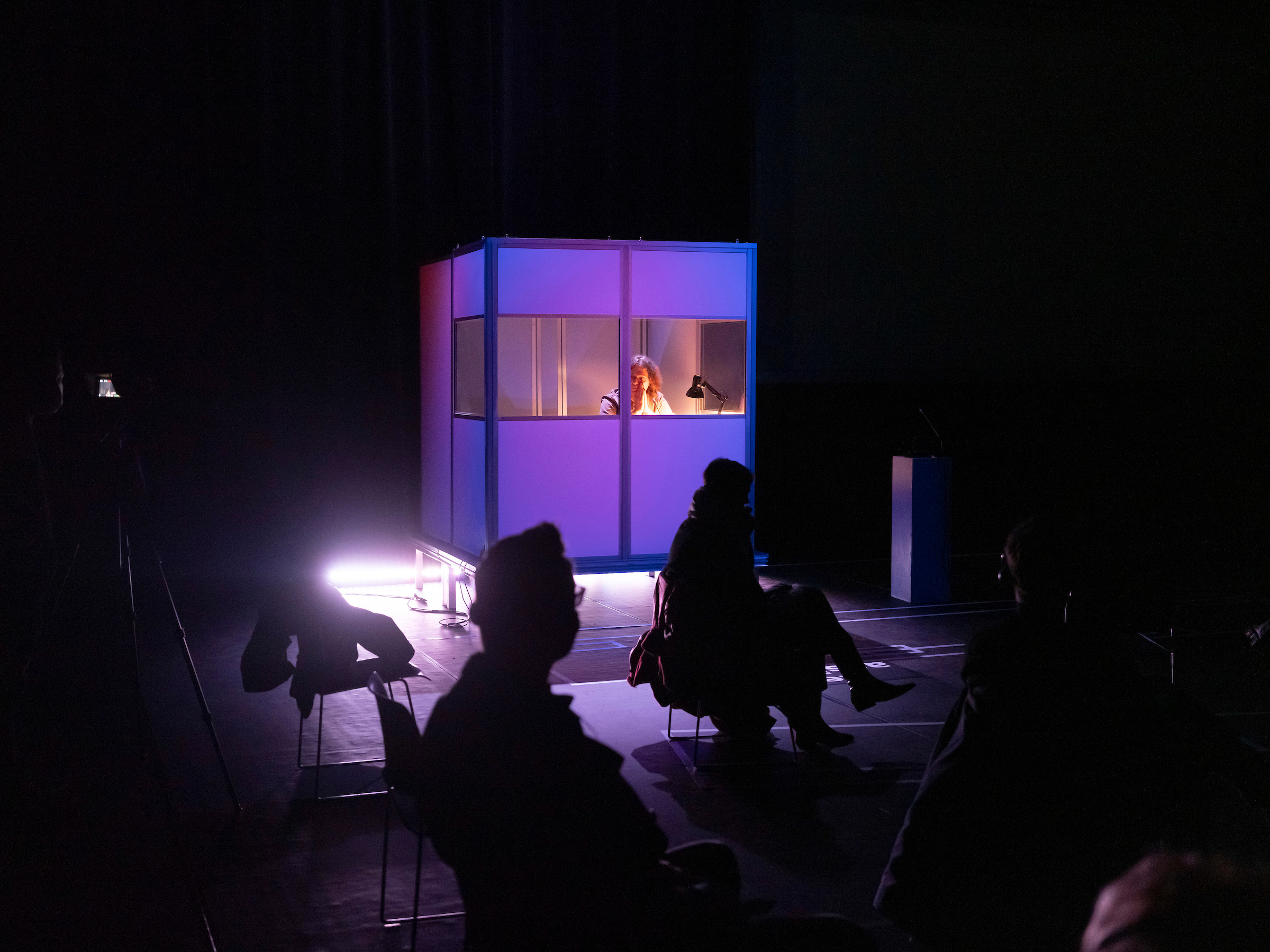 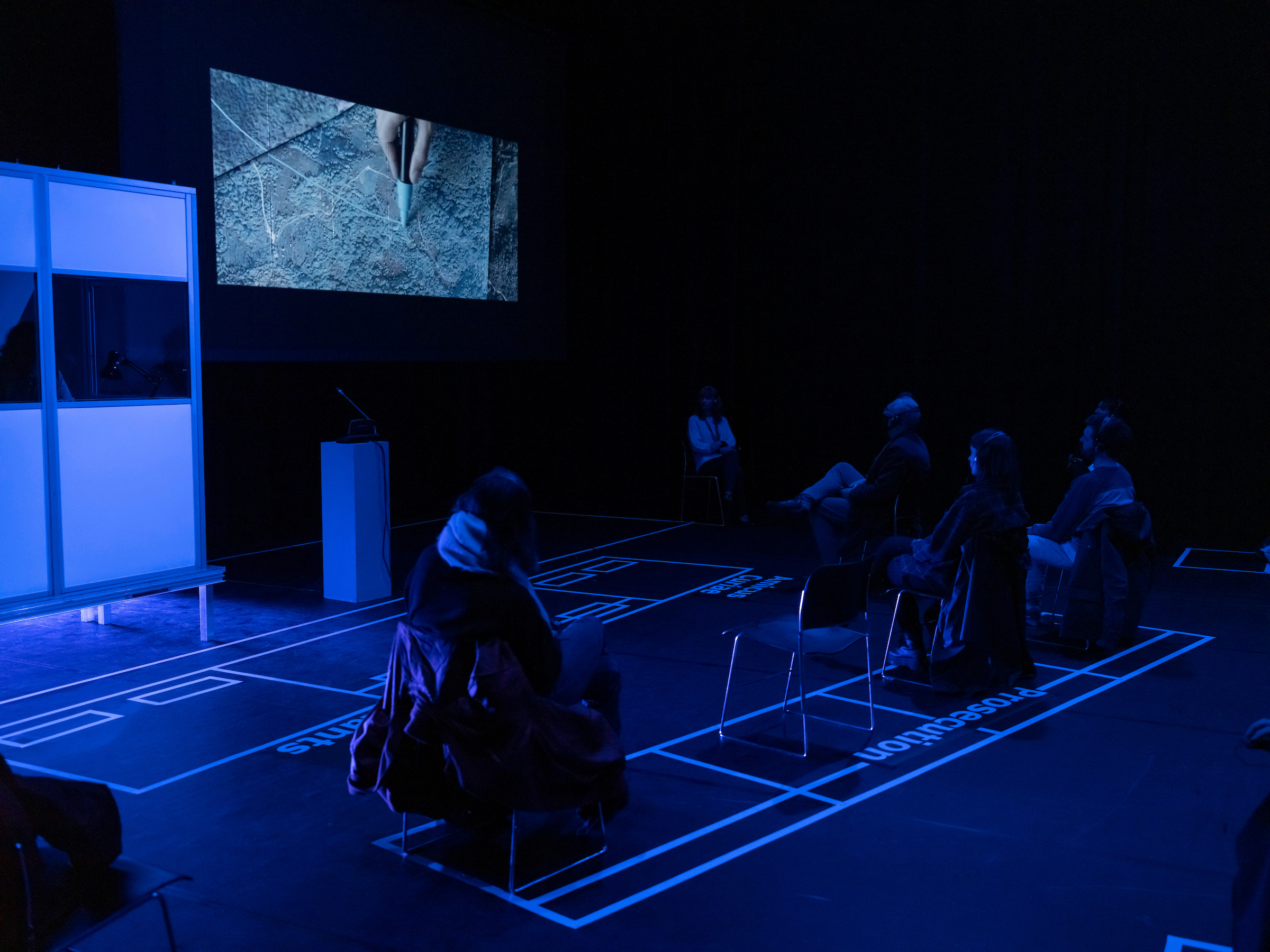 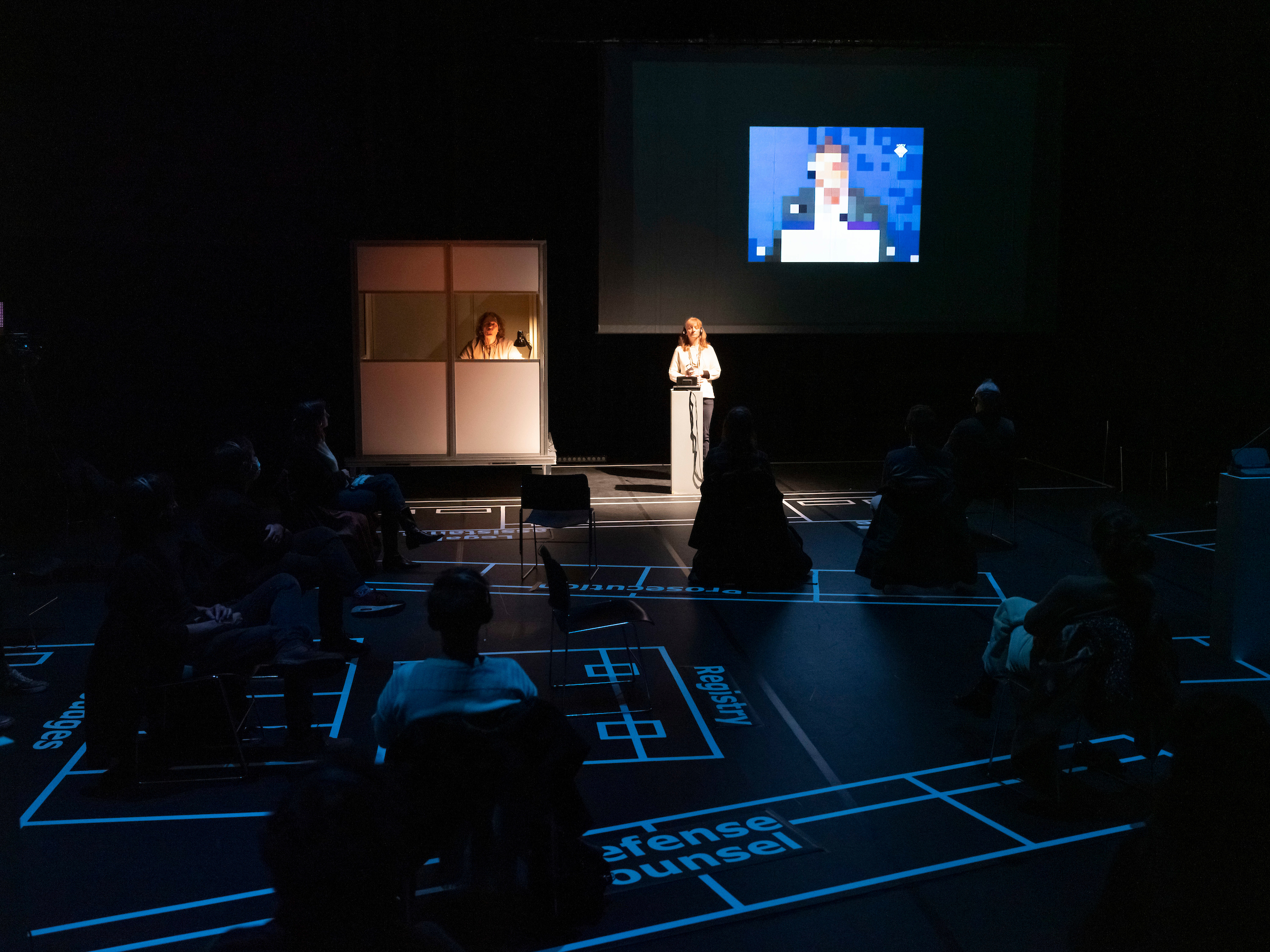 In His Bold Gaze PUK* System