In Flow of Words is a short experimental film about the piercing experiences of three interpreters of the Yugoslavia Tribunal in The Hague and their position as a channel between speakers and listeners, witnesses and defendants, judges and attendees.

The interpreters I work with in In Flow of Words, are born and raised in the former Yugoslavia and lived through the war in the 90's. They find themselves in the surreal position of having their own memories and emotions confronted with the narratives from opposite sides of the conflict: those of the people accused of war crimes, and those of the victims with whom they can identify as countrymen.

The Tribunal, the courtroom and the fact-finding missions are rigorously designed sites defined by strict rules, rituals and costumes. Every participant has to play his part as neutrally and objectively as possible so that the conflict can be presented in the courtroom in a 'linguistic', controlled, civilised form. The interpreters have to align the erratic process of interpretation with the rules that apply in the arena of the Tribunal.

The film focuses on the contrast between the emotional and physical impact of the dramatic stories that the interpreters have to deal with on the one hand, and the controlled and neutral environment of the Tribunal and its missions in which these narratives get retold on the other. In the interpretation process, the interpreters have to be simultaneously present and absent: to be visibly neutral yet as invisible as possible, to get close to those involved yet keep their distance, to speak out yet be silent. They have to deal with the contrast between their inner turmoil and what they are allowed to show on the outside. They find themselves in a position in which they are transformed into human machines. 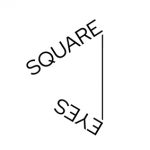